The Day After Election Day 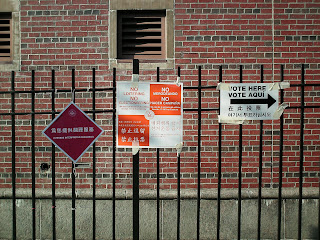 Yesterday was Election Day here in New York City, as it was in other cities and states, including New Jersey and Virginia. I voted, as I have in every general election since I turned eighteen.

My wife and I showed up at the polls around 2:45. There was a person in the booth but no line, and little waiting.

I have heard that nationwide it is becoming more difficult to find people to work the polls. As I looked around our poling site, the poling location for about five to seven precincts, most of the poll workers were clearly of retirement age, some more years past retirement than others. If younger citizens of both major parties do not start volunteering or otherwise make themselves available to work the polls, our American democracy may become a thing of the past. 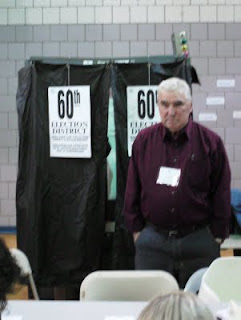 The one local race many were watching was the race for Mayor. Incumbent millionaire and Republican turned Independent Michael R. Bloomberg turned back term limits in order to run for a third term. His opponent, Democrat William C. Thompson Jr., seemed to run more against Bloomberg’s money and turning back of term limits than on his own positive platform. Bloomberg won but the race was a lot closer than many expected it to be.

Another New York race many were watching was the upstate 23rd Congressional District, which Republicans had held since the Civil War. The race was significant because the Republican Party nominee, Dede Scozzafava, pulled out of the race and endorsed her Democratic challenger, Bill Owens, when it became apparent she could not win with ultra-conservative Republicans such as Sara Palin, Rush Limbaugh and Glenn Beck supporting ultra conservative independent Doug Hoffman. Owens won in a public repudiation of the ultra conservatives.

Living in the metropolitan New York City media market, I have been bombarded with adds targeting the New Jersey Governor’s Race. Democratic incumbent John Corzine was being challenged by Republican Chris Christie. Complicating and mixing up the race was a Independent challenger. Christie won in spite of President Obama having stumped for Corzine at least three times.

Another race I was following was for Virginia Governor, where Republican Robert McDonell defeated Democrat Creigh Deeds. The Republican win, even though President Obama carried the state a year ago, was not surprising considering that in the previous eight elections Virginians elected a governor of the opposite party of the President.

The Final Tally?
Republicans won two.
Independents won one.
Democrats won one (and ultra conservatives lost one)
Posted by John Edward Harris at 8:22 AM