Anatomy and Evolution of a Prayer 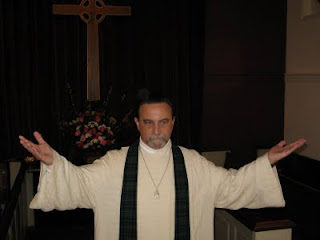 Awaken all people to the danger we have inflicted upon the earth.
Implant in each a reverence for all you have made
that we may preserve the delicate balance
of creation for all generations.

Awaken all people to the inconvenient truth
about the danger we have inflicted upon this planet entrusted to our care.
Implant in each of us a reverence for all you have made
that we may restore and preserve the delicate balance of creation
for all creatures, even to the seventh generation.

The Book of Common Worship was adopted in 1993. "A Brief Statement of Faith" was adopted two years earlier, in 1991. I like to alter the original petition in the Book of Common Worship to reflect the confessional language of line 38 of "A Brief Statement of Faith" which reads “and threaten death to the planet entrusted to our care.”

In the late 1990’s I was active with West Virginia’s Interfaith Climate Change Campaign. Years later and soon after Al Gore released his award winning documentary film about global climate change, An Inconvenient Truth, I began to modify “the danger we inflict upon this planet entrusted to our care” by referring to “the inconvenient truth about the danger we have inflicted upon this planet entrusted to our care.” I do not think Al Gore would mind.

I believe that our responsibility to provide for the seventh generation refers not only to humans but to all creatures. We share this planet entrusted to our care with birds of the air and fish of the sea as well as other animals of the land and interconnected in a web of life that humans are only now beginning to understand. Thus we seek to restore and preserve the delicate balance of creation not just for humans but for all God’s creatures.

Over the years, my own experiences and interests have influenced how I pray this particular petition in the Prayers of the People. How have your interests and experiences influenced the content and language of your prayers?
Posted by John Edward Harris at 8:08 AM