Shadows Outside the Cave 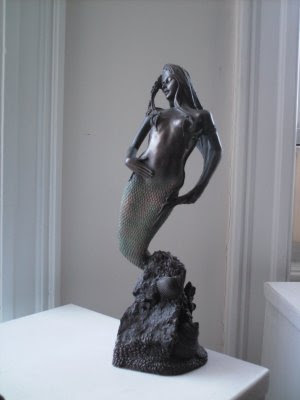 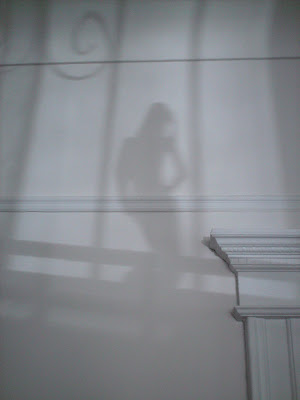 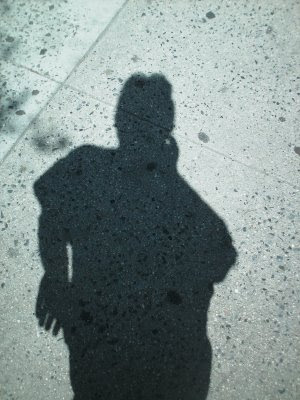 A few days later I was walking along the sidewalk on another rare bight sunny day. I noticed my shadow ahead of me on the sidewalk. Since I had my camera with me I took a picture, not quite a self portrait, but close.
A week or so later I was standing in the foyer of North Church Queens, waiting for worship to begin, when I looked out the window and noticed on the street in front of the church the shadow of a very recognizable form. It was the form of a Celtic Cross, but not any Celtic Cross. It was the shadow of the Celtic Cross on the roof of the church.
I have learned over the years that when I am aware of similar phenomena occurring in threes or more within close proximity of time to pay attention to them. Jung called such occurrences synchronicity, and through his writings he taught me that when I am aware of occurrences of synchronicity that I had not only better pay attention but also reflect upon the experience. Thus, I write this post.
Hopefully everyone who has ever had a high school or college level Introduction to Philosophy Class will be familiar with Plato’s Analogy of the Cave. I know the students I had for Introduction to Philosophy at the undergraduate level were presented with it. 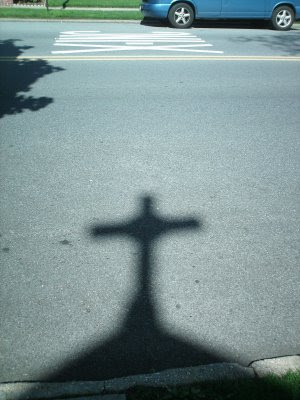 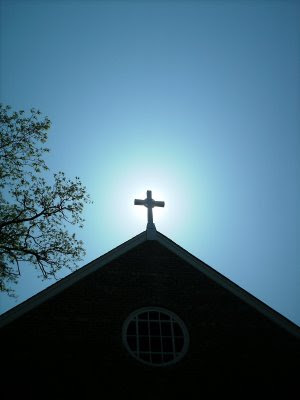 I think we very often are willing to settle for and live with shadows when upon a little reflection and inquiry we can discover the three dimensional reality behind them. We rarely expend the time or energy to ask questions about our world, to go below the surface and delve deeper into reality. After awhile our own existence can take on a shadow quality and so we live shallow, superficial, two dimensional lives.
Posted by John Edward Harris at 10:20 AM