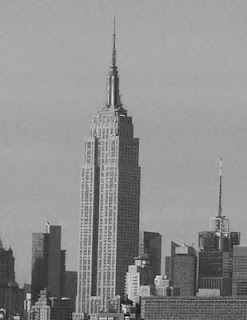 I first learned about this Jay-Z and Alicia Keys music video, Empire State of Mind, yesterday, from fellow water blogger Messing About In Sailboats.

I am not a big fan of Rap or Hip-Hop, which explains why I was not aware of this song and had not seen this video earlier, but now that I have heard and seen it, I really like it.

Enjoy.
Posted by John Edward Harris at 8:41 AM