Princeton Comes to the Big Apple 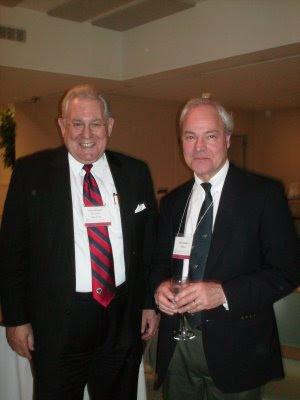 I am not one for heading back to campus for alum weekends and reunions, but when an alma mater holds an event near where I am living, and food is involved, I usually attend. Last week Princeton Theological Seminary held an alumni/ae luncheon in New York City. I made my reservation and took the “L” and “6” from my home in Ridgewood, Queens to the event at 921 Madison Avenue, on the upper west side of Manhattan. The event was graciously hosted by the Madison Avenue Presbyterian Church and its Pastor The Reverend Dr. Fred R. Anderson, D. Min.. In addition to being a graduate of Princeton Seminary the Reverend Anderson is a memeber of the Seminary's Board of Trustees and served on the search committee that selected Princeton’s current President, Dr. Iain R, Torrence. (Dr.’s Anderson and Torrence are pictured to the right)
In his remarks President Torrence addressed the Seminary’s financial health (so to speak) and what the seminary is doing to meet the challenges of the current recession. He spoke more briefly about plans for a new Library, upcoming retirements, and other news.
The luncheon highlight for me happened as the event was breaking up. I was reconnected with Hendricks S. Davis, the Director of Field Education during the early to mid 1980’s when I was a student and whom I had not seen since I graduated in 1985. 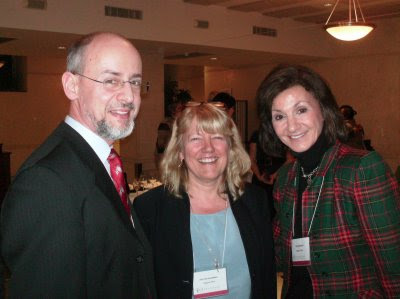