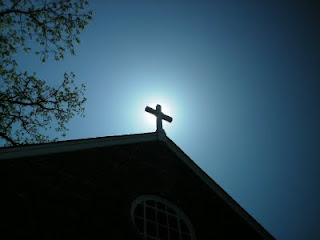 This year All Saints Days falls on a Sunday. That has not happened since1998, eleven years ago. (Thanks Krystin, for providing the year.)

All saints Day, along with World Communion Sunday, is one of my favorite days in the Church’s Calendar. I look forward to both of them, even more so than Easter or Christmas, perhaps because neither has been commercialized. May they remain to be ignored by Madison Avenue.

By “saints” I do not mean those few officially canonized by the Roman Catholic Church but rather, and at least, all those Christians who have completed their baptism by dying as a confessing Christian and who have thus entered the Church Triumphant. The New Testament, however, especially the writings attributed to Paul, seems to speak of all confessing Christians, including those still living, as “saints.” While in the New Testament “saint” is a synonym for being a follower of Jesus, or in other words, a Christian, in my mind, however, one is not a “saint” until after death, at least for the purposes of All Saints Day.

My quandary this year is whether or not to go back at least two years since this will be the first time as Designated Pastor of North Church Queens (photo of building, right) that All Saints has fallen on a Sunday and last year we did not hold a special All Saints Day worship service. To do so would mean picking up only one additional name. I guess the answer is a no brainer.
Posted by John Edward Harris at 10:38 AM