Over the Line: Tea Bags or ? Bags 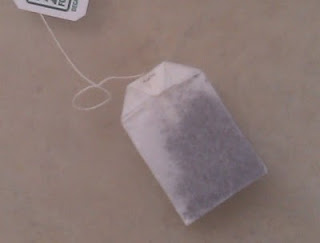 I am appalled by the behavior of some members of the Tea Party who assembled outside the Capitol Sunday to protest against the then pending health care legislation. By shouting racial and homophobic epithets at Representatives John Lewis and Barney Frank as the two passed before them, and spitting on at least one racial ethnic member of congress as he walked by them, these so-called tea baggers crossed over the line of public decency and displayed their true identity—persons “with a variety of negative qualities, specifically arrogance and engaging in obnoxious and/or irritating actions without malicious intent.” At least I hope it was not malicious.

While there is no direct correlation between the Tea Party and the Republican Party, the two parties certainly have seemed at times to walk hand in hand. Now that the Tea Party has stepped over the line from accepted public political discourse into territory resembling disrespectful anarchy and mob rule, it is time that Republican Party leaders publicly denounce their behavior and distance themselves from their racism and homophobia, which is exactly what the British Guardian has called for. At least the Brits are not afraid to speak truth to power.

Now that health care legislation has passed and been signed into law, as many as ten Democratic Members of Congress have received death threats. The behavior of some is now, without a doubt, malicious. While the these threats have not been linked to the members of the Tea Party, there is little doubt that some irresponsible rhetoric by a few members of the Tea Party and Republican Party has served to inflame such behavior. But have Republican or Tea Party leaders yet publicly condemned such behavior?
To his credit, Republican John Boehner went on Fox to criticize such behavior. But what about Sarah Palin, Michael Steele, and other Republican leaders? Do they not know that with leadership comes responsibility?
Posted by John Edward Harris at 9:04 PM