Iona and the Book of Kells (Musically Speaking) 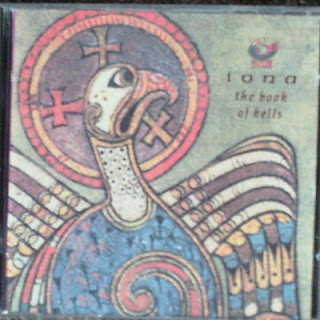 While writing yesterday’s post about the Irish animated feature film The Secret of Kells (which did not win the Academy Award for best animated feature film, which went to Up), I remembered that about twenty years ago, soon after their forming and the 1990 release of their self-titled first CD, I learned about a progressive Christian rock band from Scotland called “Iona”. This Scottish group should not be confused with a Celtic band by the same name that plays around the mid-Atlantic states.

Iona's second CD, released in 1992, was titled The Book of Kells, a musical tour de force that that not only captures the artistic themes of the 1,200 year old illuminated manuscript by the same name but also some of the theological flavor of Celtic Christianity. Eighteen years later I still listen to it, listening to it as I wrote this post.

If you like listening to Celtic music, especially by musicians such as Enya and Clannad, I am almost certain you will like Iona. They will soon be touring the US and I hope they will appear in New York City.
Posted by John Edward Harris at 10:17 AM

I am a big fan of Enya and Clannad. But it is my opinion that Iona FAR surpasses the others with their blend of Celtic/folk/progressive/rock/Christian music.

My first listen was to the live 'Heaven's Brigh Sun' 2-CD set. I have gathered all of the Iona recordings since then (even started working on the solo efforts). This band has blessed me and given me many many hours of listening pleasure. And I concur - 'Kells' is a musical masterpiece. Thank you Iona!

I'm glad a fan like ebayjm has chimed in here. I think Enya is more ethereal. Clannad is more grounded. Iona is more mystical and celebrative.

I saw Iona live many years ago in Virginia. They were very energetic and in their appearance reminiscent of the hippies of the 60's (or so I am told).