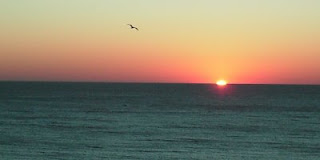 Summit to Shore premiered and I first entered the blogosphere on January 5, 2009. My first post was entitled ex nihilo and the first photo I published on Summit to Shore appears top right. That was 112 posts ago. Since then I have been averaging eighteen to nineteen posts a month or about one post every other day.

According to Google Analytics, which I did not start using until January 27th; Summit to Shore has logged visitors from forty-six countries and territories other than the United States, the most coming from Canada. Visitors from every state other than Montana and South Dakota have logged in, including the District of Columbia. If you know anyone in either or both South Dakota and/or Montana, please send them a link and invite them to be the first from their state to visit Summit to Shore. Most US visits, 1,420, have come from New York. California has sent the second most number of visitors with 140. The most viewed page, with 436 page views, has been Death on the Van Wyck. The second most viewed page, with 235 page views, has been 45 Reasons to Learn How To Sail.

According to sitemeter, which I did not start using until February 1st; there have been 2,664 visitors to Summit to Shore since February 1st, an average of eleven per day, with the average visitor staying four minutes and 25 seconds.

My Presbyterian Bloggers colleague Jody Harrington, who usually blogs at Quotidian Grace, notes on Presbyterian Bloggers that “many blogs are abandoned within a few weeks of being created”. I guess that means I have stayed the course (so far) and passed the first milestone. So what might the future hold for Summit to Shore? As eclectic as this blog is, that is hard to tell. My hunch is that there will be some upcoming posts about kayaking and hiking as well as a memorial tribute to Ken Ragbir and possibly a reflection of a Subway Ride. I plan some future installments of my series Welcome to my Neighborhood and possibly some rants and raves about our dysfunctional New York State Senate if it does not soon get its act together.

Stay tuned. Log in/on often. Tell your friends about Summit to Shore. Rate my blog (top far right column). Post a comment or two about articles you read, like and do not like. Link to Summit to Shore. Send me ideas for future posts.
Posted by John Edward Harris at 11:45 PM

Congrats, John. Keep on blogging! I particularly enjoy your Welcome to My Neighborhood posts.

Thanks, QG. I enjoy interviewing and getting to know the people I write about for that series.