In the Savior’s Cathedral 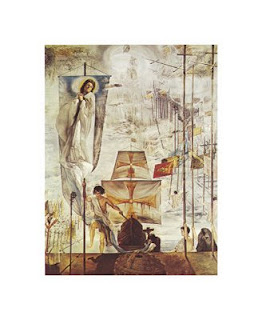 Upon first catching a glimpse of The Discovery of America by Christopher Columbus I was overcome by its sheer size, over 13 feet by 12 feet! As I continued to enter the gallery four other great works, The Ecumenical Council, Galacidalacidesoxiribunucleicacid (Homage to Crick and Watson), Gala Contemplating the Mediterranean Sea which at Twenty Meters Becomes the Portrait of Abraham Lincoln—Homage to Rothko, and The Hallucinogenic Toreador, also became visible. Standing within the Lower Gallery of the Dalí Museum in St. Petersburg, Florida, with five of Salvador Dalí’s great works before me, was like standing in a great cathedral. I was overcome with awe. 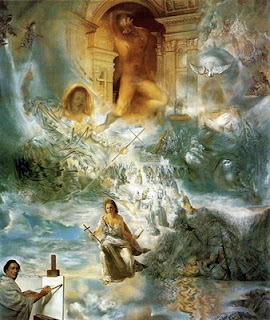 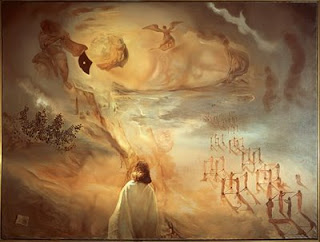 All five paintings take on different characters and meaning depending on whether they are viewed close up or from far away. With the help of our Docent I was able to see images within the paintings I had never seen before. Having been enamored by Dalí’s work from an early age, I am now
even more convinced of his genius. 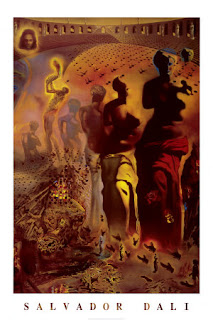 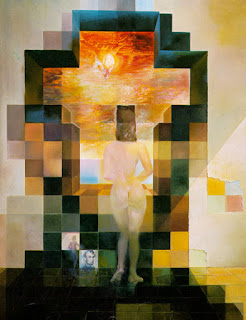 The exhibit we toured was MYTH In Dali's Art, which has been running since October 2008 and will continue through February 2009. Because photography is not permitted within the museum I had to copy and paste images of these five great works.
Posted by John Edward Harris at 9:51 AM