A friend among my colleagues in ministry

When Presbyterian Church (U.S.A.) Ministers are ordained and installed, one of the questions they are asked is “Will you be a friend among your colleagues in ministry, working with them, subject to the ordering of God’s Word and Spirit?” I have never been a “Lone Ranger” sort of minister and have always sought to work collaboratively and collectively with other Presbyterian clergy as well as clergy from other denominations. I have actively participated in local Ministerial Associations and cooperated with neighboring clergy to offer ecumenical worship services. Another way I have tried to be a friend among my colleagues in ministry is by welcoming them into the community when they move in and wishing them farewell and Godspeed when they leave. 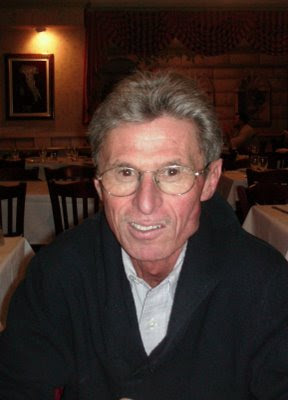 Even though I have known Blair less than a year and a half I have been blessed by knowing him as a friend and colleague. I even had the opportunity to preach in Blair’s pulpit last Thanksgiving because the Episcopal Church hosted the Community Thanksgiving Service and as the new kid on the block it was my turn to preach. In the brief time I have known Blair I have come to appreciate his theology, experience his spirituality, and respect his ministry. I have heard him talk about the trials and the blessings of his ministry and through him have gained a better understanding of the community as well as the Episcopal Church.

Blair will soon be retiring from a nearby Episcopal Church and moving out of the area. That is why Andy, David and I were treating him to lunch at a local Italian restaurant. We wanted to hear about his plans for the future and to let him know we cared and that he would be missed. I think that is what it means, in part, to be a friend among one’s colleagues in ministry.

Email ThisBlogThis!Share to TwitterShare to FacebookShare to Pinterest
Labels: ministry