What Difference Does a Tent Make? 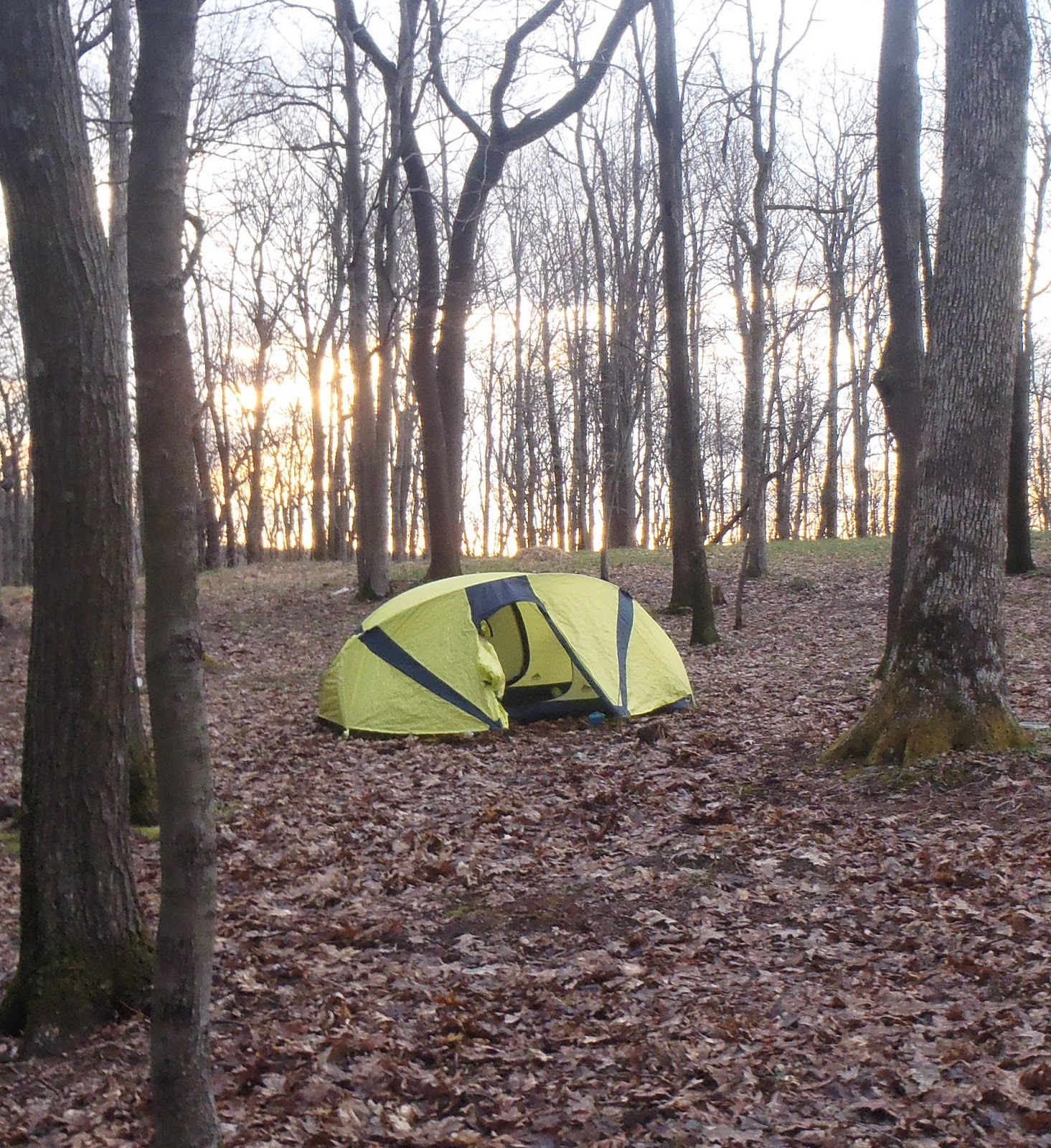 Sometimes when I camp I place a small thermometer outside the tent.  I was camping this past weekend in tall, thin trees on a ridge at 2,500 feet.  When I turned in for the night it was raining and somewhat windy. I placed a thermometer on the ground outside the tent but under the rainfly.  Around 9:45 PM It read 48 degrees Fahrenheit.

The rain moved out, the sky cleared, the breeze died down, and the temperature dropped overnight. After waking up near 5:30 AM I unzipped the tent’s door, reached out, and brought in the thermometer.  I read 38 degrees Fahrenheit. As I was reading the thermometer the mercury started rising until it topped out at 45 degrees.  I repeated the procedure a few minutes later with the same result, a difference of seven degrees between in the tent and outside the tent.

I was using my new sleeping system, solo, in an eight year old Kelty Quartz, a 2 person, four season tent, on top of a footprint, rainfly securely staked down, with all the doors and vents closed but no other heat source other than body.  I speculate that if another person had been in the tent with me that the temperature difference might have been greater.  I also speculate that if I had been using my Sierra Designs Ultra Flash 2 person, lightweight, three season tent, which has netting all around it with no way to close it off that there would not have been as much, if any, temperature difference
Posted by John Edward Harris at 9:53 AM